You are here: Home1 / Areas of application2 / Fire protection for warehouse robots

The prevalence of warehouse robots has increased in recent years owing to the increased productivity that warehouse automation entails. A warehouse robot quickly becomes the facility’s most important factor, and temporary malfunction or, in a worst-case scenario, complete destruction by a fire will result in considerable financial consequences.

Fires involving warehouse robots may be caused by a short circuit in the motor, for example, or among other internal components. Such a fire can be difficult to extinguish and can quickly wreak havoc. It may spread to the entire warehouse or even cost lives.

With Inergen, we can help you with an effective fire protection solution that is adapted to your needs and provides security throughout the working day.

A spark from a short circuit inside a warehouse robot can readily start a fire and put production on standby. As regulations for fire protection of warehouse robots are yet to be established, the way this is dealt with varies widely.

An Inergen extinguishing system inside a warehouse robot is optimal, as the relatively dense, limited area concerned may often be managed with only 2-5 cylinders. And since the gas employs all possible entryways and a fire will suck air towards it, the Inergen itself will ‘find’ the fire and effectively extinguish it.

Fire Eater has developed a special solution for warehouse robots, which maintains the extinguishing concentration and compensates for any gaps that the robot has.

It extinguishes fire quickly and efficiently.

Can compensate for gaps in the robot.

Safe for equipment, people and the environment.

How Inergen works on fires in warehouse robots

An Inergen system is specially designed to react quickly and automatically to fire and incipient fire. The swift response is owing to sensitive detectors, which are placed in the robot. As soon as a fire is detected, Inergen is released via an array of nozzles. This sufficiently lowers the oxygen level in the robot to put out the fire and suppress re-ignition. Inergen is harmless to humans so it is safe to remain by the robot when the system is activated. 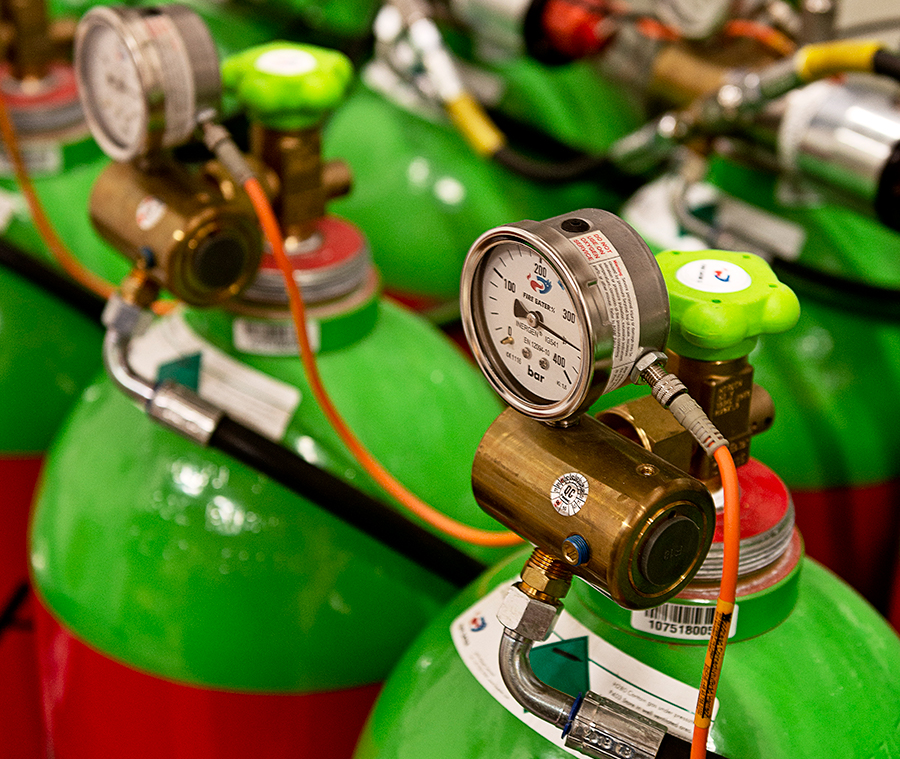 Which solutions should you choose for fire protection of warehouse robots?

In Fire Eater, we have developed a special solution for fire protection of warehouse robots. The solution works for both small and large robots. The Inergen cylinders may be placed in a separate room if, for example, there is no space in the room where the warehouse robot is installed. It is also quick and easy to extend the Inergen system to cover other spaces in the building too.

With no obligation to buy, we are happy to enter into a dialogue with you and review your fire protection requirements, recommending the solution which would be the right choice for you. We are also more than happy to prepare an offer for you.

Get contacted by a fire prevention specialist