The difference between Inergen and Argonite

You are here: Home1 / BLOG2 / The difference between Inergen and Argonite

What is the difference between Inergen and Argonite? 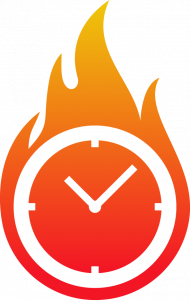 There is no difference between the way in which and how quickly an Inergen system and an Argonite system extinguish a fire! The same inert gases are used and the extinguishing method is identical.  For both types, it is recommended to leave the room immediately in the event of fire. There are no rules that prescribe one fire extinguishing method over the other.

The difference between the two inert gases is the composition. Inergen contains 8% CO2 which allows the body (brain and muscles) to absorb oxygen better during activation.

One of the companies that has chosen Inergen is Copenhagen Airport, which is one of Denmark’s largest workplaces. Over the 30 years that Copenhagen’s Airport has used Inergen as fire protection, there have been two minor incidents in two technical rooms.

On one of the occasions, a short circuit in some technical equipment caused a minor fire. Fortunately, it never evolved as the Inergen system quickly detected the fire and triggered Inergen in the room.

This caused the fire to be extinguished quickly, and at the same time prevented subsequent re-ignition. – And all without panic and downtime. On the second occasion, a fan heater caught fire. The Inergen systems work and that is comforting.

When you choose an Inergen fire extinguishing system from Fire Eater, you choose fire protection of valuables and buildings without consequential damage due to water and chemistry. You also choose a sustainable solution that is harmless to the environment and does not cause personal injury – also recognised as an effective and reliable fire extinguishing solution. This provides extra security.

Get more information about Inergen HERE: how Inergen works